My article with Craig Berry for the International Longevity Centre UK (12 November 2013), responding to Gus O’Donnell’s criticism of older people’s benefits in a recent article for Political Quarterly. We argued his diagnosis of the problem was misleading and his proposed solution betrayed anti-democratic sentiment.

Former Cabinet Secretary Gus O’Donnell, who until recently was the most powerful civil servant in Britain, published a forthright attack on politicians in the latest issue of Political Quarterly. In so doing, he also sought to undermine some of the key principles of liberal democracy, by placing policy-making power in the hands of independent commissions – drawn mainly from the private sector – rather than the public’s elected representatives.

The justification for O’Donnell’s proposal was the British state is beset by a number of serious issues that politicians have failed to solve. Chief among these is the ‘problem’ of older people’s benefits – O’Donnell referred to winter fuel payments, free prescriptions, and the provisional of free travel. “This is all part of the ludicrous bias whereby the old are subsidised by the young,” he argued, describing it as an example of ‘bad economics’ that has been deemed ‘good politics’.

O’Donnell proposes a potential ‘solution’ to this problem – compulsory voting. But first, let’s consider whether his initial diagnosis is correct. 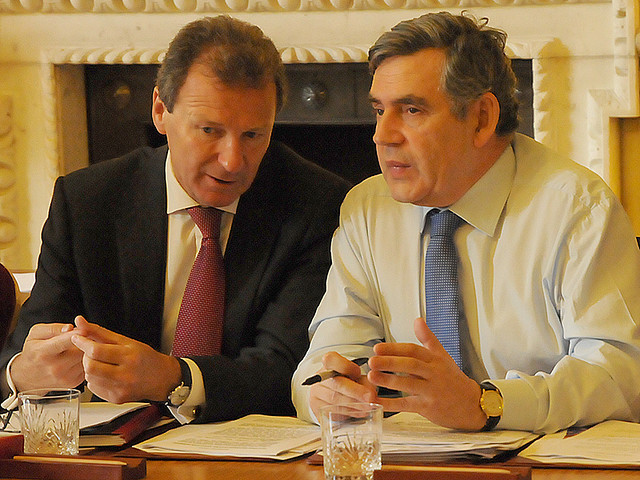 There are flaws with each of the policies O’Donnell mentions. They are not targeted terribly well at pensioners most in need. This means that some of the expenditure goes toward older people who could do without the money – including O’Donnell himself, who takes his winter fuel payment from the taxpayer and gives it to one of his favourite charities. Of course, we have to weigh this against the alternatives, which for some of these benefits would involve another complicated means-test, and lead to some of the most vulnerable pensioners not taking up their entitlements.

O’Donnell chooses to ignore other forms of public spending in his critique, in particular the NHS, social care and state pensions. These are by far the biggest examples of expenditure on older people – the cost of the benefits O’Donnell mentions is tiny by comparison, and their abolition would do very little to affect the terms of the ‘subsidy’ he attacks. O’Donnell is also disingenuous on saying it is ‘the young’ that subsidise the old. In fact, it is people of working age who support both the young and the old. Children also receive a huge ‘subsidy’ from the working age taxpayer; whereas children will repay this amount when they enter the labour market, older people have pre-paid for their benefits and services through a lifetime spent paying taxes and contributing to society.

The truth is that this support is a progressive policy that should be welcomed. Being able to provide for a healthy, comfortable retirement of its older members is a distinguishing characteristic of civilisation. Besides, it is misleading to speak of age-defined groups as if they are fixed social divisions, as human beings by definition are constantly moving from one age group to the next – the young are the pre-old, and the old are the post-young.

O’Donnell’s suggestion that we consider the introduction of compulsory voting is derived from his analysis that older people only get these generous benefits because they are more likely to vote, and therefore politicians favour them. He wants to force younger people to vote, too, so they can in turn ensure their representatives redress the balance.

Now, although we oppose compulsory voting on the grounds that it is an erosion of our liberties and would only mask a deeper problem, we recognise that those who support it usually have benign intent. Compulsory voting might help ensure our representatives are accountable to the whole population, not just the most engaged, and could spur some people to become more informed. The impact of the ageing electorate on the disenfranchisement of young people is something we probably should be worried about.

But O’Donnell has perhaps found the worst reason in support of compulsory voting imaginable. His article suggests that he is proposing compulsory voting not because he is concerned at the low levels of political engagement – he is proposing it because he expects people to vote a certain way, a way that he determines is best for them. O’Donnell’s view is akin to a politician saying they support it solely because it would increase votes for their own party. There is simply no evidence that cohorts vote in age-blocs in any straightforward sense.

In any case, it is doubtful whether O’Donnell would even achieve his objective. As previous ILC-UK research has shown, younger people are not opposed to the provision of benefits targeted at older people. Most of us don’t like the idea of our parents and grandparents living in freezing homes over the winter, or struggling to pay for the medication they need from the NHS. It is not a flaw of our democracy that the state looks to address these issues – it is a strength.