I reviewed Louise Thompson’s new book on House of Commons bill committees for LSE Review of Books. The book offers a persuasive new account of committees’ work and shows how backbench MPs can influence legislation.

When proposed legislation is making its way through the House of Commons, the committee stage provides for detailed, line-by-line scrutiny of the bill. In theory, it offers MPs their best opportunity to shape the content of the bill and, to quote the title of Louise Thompson’s new book about this element of the legislative process, make British law.

However, just one statistic from the book is needed to highlight the size of the task facing both MPs as they seek to amend new bills and Thompson herself as she seeks to convince us of the utility of the study. Only 0.6% of amendments proposed by backbench and opposition MPs succeed in bill committees (58). In contrast, 99.9% of amendments proposed by the Government to its own bills are successful (54). There is, of course, much more to it than this, as Thompson explores in depth. In fact, she has produced a fascinating statistical analysis of bill committees’ work, whilst also telling us plenty more than what the statistics can. 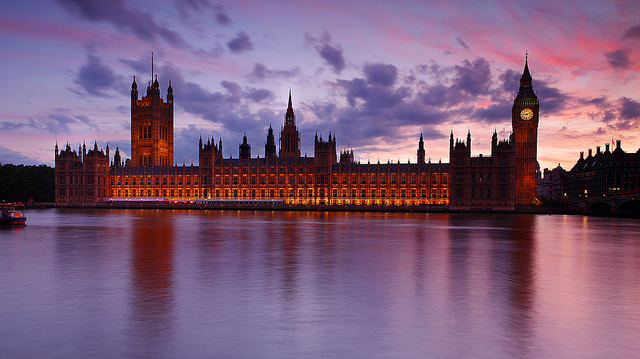 At the outset, Thompson is clear about the restrictions on bill committees’ influence and why these exist. In a history of bill committees – or standing committees, as they were previously known – she reveals how governments have manipulated the process for political gain. This goes all the way back to their creation by William Gladstone, who introduced the committee stage to reduce the influence of Irish MPs (32). Today, Government whips continue to pack committees with loyal supporters (17), and the time given for debate is restricted to the extent that sometimes whole sections of bills pass through committees without scrutiny (24).

Thompson seems to define her primary task as being to disprove the notion that bill committees have only a minor role in law-making:

But within these limitations comes much opportunity. Committees may be constrained in their activities […] but controversial debates and suggestions can still be made if Members use amendments in a sophisticated manner to probe government ministers. Their position in the legislative process also provides opportunities to further their influence at later stages of a bill’s scrutiny (29-30).

This is a fairly common theme for researchers focusing on Parliament, who are naturally inclined to emphasise parliamentary influence. It is important, however, not to let a desire to overthrow the conventional wisdom – that governments dominate the House of Commons – blind one to the possibility that the conventionally wise may be accurate.

In Making British Law: Committees in Action, Thompson manages to avoid this trap and produce a well-evidenced, persuasive account of how bill committees exercise influence over legislation. Using the concept of ‘viscosity’ – a measure of the extent to which Parliament can slow or interrupt the ‘stream’ of Government legislation – Thompson’s argument is that the impact of bill committees occurs in ways that are less visible than the headline statistics on amendment success.

Much of the evidence for this centres on what happens after the committee stage has concluded. Thompson’s painstaking observation of parliamentary debate has produced multiple examples of where MPs serving on bill committees have influenced the content of legislation, both by carrying out informal lobbying of Ministers outside of Parliament’s formal proceedings and by carrying forward their activity to the next stage of the legislative process (the report stage) where the Government is more amenable to accepting amendments. For instance, Thompson cites the success of backbencher Robert Flello MP in amending the Crime and Security Bill in 2009/10: his amendments had been rejected by the Government in bill committee, but thereafter he met with the relevant Minister and produced redrafted amendments that were accepted at the report stage (78). It is this form of influence Thompson is most interested in:

What we see here is that bill committees are the perfect conduit for changes to government bills. They enable ministers to effectively be lobbied by MPs. They are both the breeding ground for amendments to legislation and a platform for allowing policy issues which have already been aired by MPs through other parliamentary tools to be tagged on to a bill, making policy change more likely (89).

Constitutional reformers will be interested in reading what reforms to bill committees Thompson advocates. She includes some international comparison, noting that equivalent committees in other democracies tend to consider legislation at an earlier stage of the process, have more informed memberships and/or more formal powers to alter or reject bills (15, 124). It is perhaps unsurprising that, since Thompson’s premise is that committees already have considerable influence, her reform manifesto is fairly short. The only concrete changes she backs are lengthening the amount of time between a committee’s evidence sessions with expert witnesses and its line-by-line scrutiny of a bill in order to give MPs more time to reflect on the evidence and discuss possible amendments with Ministers informally (125-26). This seems very sensible, but would it be more of an efficiency measure than a fundamental reform? Thompson argues that the time between committee and report stages already allows MPs and Ministers to have these discussions, so elongating the committee stage would simply help avoid the rigmarole of Ministers having to reject amendments initially before agreeing on them later.

There is one significant omission from the analysis in the book: Thompson pays little attention to the staffing of bill committees. This is frustrating, as it is surely worth considering whether the number, seniority, independence and expertise of parliamentary staff allocated to support bill committees are factors in their effectiveness. For instance, Thompson refers to the criticism of bill committees that their questioning of expert witnesses can be unfocused (96), but she does not explore how MPs’ questions are produced. Are they drafted in advance by officers specialising in the topic – as they are for select committee meetings – or devised ad hoc by MPs, who may have precious little time to familiarise themselves with the topic? The difference is key.

Despite this, Making British Law is likely to become essential reading for students of the UK Parliament. It is the product of incredibly thorough research into parliamentary practice, and adds layers of insight to our understanding of how MPs can and do influence legislation.